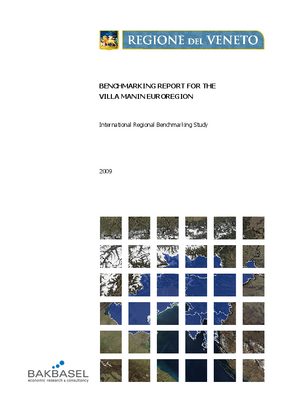 The object of study in this international benchmarking report is the Villa Manin Euroregion, i.e. the cross-border area of Italy, Austria, Slovenia and Croatia, composed of Veneto, Friuli- Venezia Giulia, Carinthia, Slovenia and the Croatian Counties of Istria and Primorsko-Goranska. The geopolitical position of this area underwent a fundamental transformation when Eastern Europe opened up: from an outlying area (seen from both west and east), it became a crossroads between the west and the east of the new Europe.